Peyronie’s disease is the development of fibrous scar tissue inside the penis that can create a significant bend in the sex organ. It can also cause pain during an erection.

It doesn’t necessarily pose a concern if you have a curved erection. However, if you also experience pain, you might have Peyronie’s disease – in which case medical attention is needed so the condition doesn’t become worse. It often results in the inability of a man to maintain an erection, also known as erectile dysfunction (ED).

Can Peyronie’s Disease Heal Without Treatment?

Peyronie’s disease sometimes goes away on its own. But in most cases, it will remain stable or worsen if medical treatment is not sought.

The prevalence of Peyronie’s disease is estimated to be up to 3% of men. However, this figure might actually be higher because many men do not see a doctor about the curvature, so it goes underreported.

The most common signs and symptoms of Peyronie’s disease include the following:

The curvature of the penis due to Peyronie’s disease might worsen over time, but it typically stabilizes at some point. Meanwhile, pain during erections usually improves within one to two years, but the scar tissue and curvature often remain.

Why Does It Start?

Peyronie’s disease might appear suddenly or develop gradually. Many doctors believe that this penile condition might be due to injury which has caused fibrous scar tissue in the penis.

Various factors can contribute to poor internal wound healing and scar tissue buildup, and these factors include the following:

If you want to restore your virility, see Dr. Victor Erlich at Affirm Clinic. Dr. Erlich can perform an evaluation to determine the cause of your sexual issues and give you treatment that works. And we offer total confidentiality and privacy.

Call us today at (206) 231-6000 or fill out our online appointment request form now. We look forward to partnering with you to help you feel like yourself again. 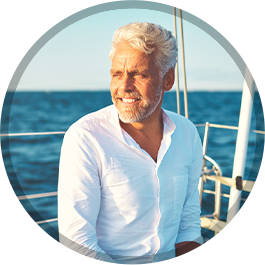 Most men consider sex essential to a happy, healthy life. That is why we at Affirm Clinic in Edmonds, Washington, are male professionals dedicated to helping other men restore their virility.

We are conveniently located in the Stevens Health Center immediately south of the Swedish Edmonds hospital campus. Parking is free. 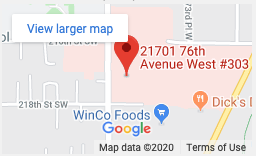 At Affirm Clinic in Edmonds, Washington, we strive to reverse the conditions that cause impotence. Our skilled urologists offer extracorporeal shockwave therapy for erectile dysfunction (ED) and Peyronie’s disease.